Let’s assume you’ve never read a single issue of The Walking Dead comic. Then you are probably the only person left on the Internet who doesn’t know that the book’s creative team just received an Eisner Award nomination in the Best Continuing Series category. Kirkman and company are up against some acclaimed competition in Saga (Brian K. Vaughan and Fiona Staples), Southern Bastards (Jason Aaron and Jason Latour), Hawkeye (Matt Fraction, David Aja, & Annie Wu), Bandette (Paul Tobin & Colleen Coover), and Astro City (Kurt Busiek & Brent Anderson). With three total nominations in this category alone for Image Comics, including TWD, and a massive 14 overall, are we looking at a resurgence for the publisher?

When The Walking Dead premiered in October 2003, sales of the first issue topped 7,000, according to Comic Chron. Image’s best-performing title at the time was (yawn) Spawn, which moved a little over 38,000 books and helped Todd McFarlane landscape his new Tuscan villa.

Fast forward to this past month, March 2015, and The Walking Dead 139 sold more than 67,000 books and was Image’s highest-grossing title by far ranking in the top 13 for all comics sold in the country. Math is hard, but from a cursory examination of the numbers, that looks like a smashing success. Add in the book’s previous issue, which dropped the same month and sold another 66,000, and you’re looking at a series that routinely lives in Spiderman and X-Men territory.

Fair Question: Without Robert Kirkman and his trove of ongoing series, does Image even survive after 2010?

As we’ve posted previously, we’re getting some new characters for Season 6 of The Walking Dead. Comics first people won’t have a frame reference for them, and neither will viewers who only watch the show. Conspiracy theories already abound: fake names? Familiar faces? Was it all a dream?

Filming starts in days. Time to get your butts to Georgia. 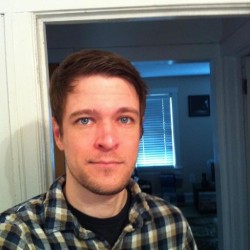 Jonathan Lister
Jonathan Lister is the author of the Demos City Series and thousands of the articles across the web, including work for Forbes, USA Today, and Business Insider. Send him coffee -- no really, buy coffee and send it to him.